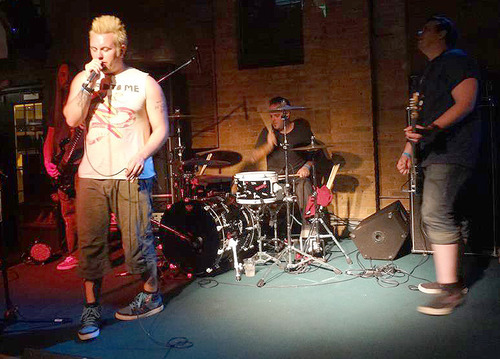 Set Fire To Reason is a brand new super group of sorts featuring Dan Precision (88 FINGERS LOUIE, RISE AGAINST), Rob Sulzmann (SHE LIKES TODD), Nat Wright (SHOT BAKER), and Mike Milligan (ARMY OF FRESHMEN). On May 30th they played the Alkaline Trio after party at Goose Island with national touring act, Off With Their Heads, and invited me to come out!

Oh, sweet home Chicago. I went to their last show at Double Door, in the midst of an absolute torrential down pour. But it didn’t matter. We were all already there before the skies exploded. And we all came for a reason. To get rocked.

Long time fans of Dan Precision’s previous work won’t be disappointed  These songs are mostly blistering fast while maintaining the melodic guitar and vocal lines we all have come to expect from his projects. However, in striking contrast to that they did include a couple more down-tempo songs that are just begging to be on the radio. 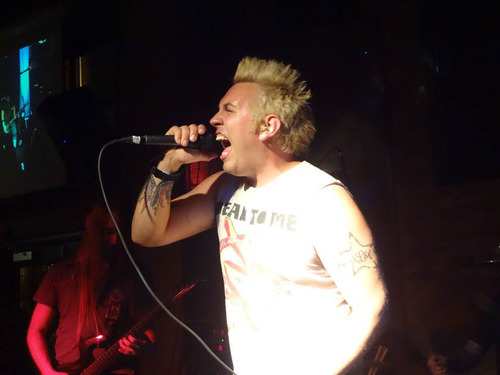 The melodic themes and melodies are constantly traded between guitar (Dan) & vocals (Rob). Its is quite amazing watching the constant use of Rob’s highest end of his vocal range. How he can talk to everyone at merch table after that throat punching is beyond me. Nat holds the foundation for this interchange of themes on the bass while Mike sets the pace and tone for the song on drums. 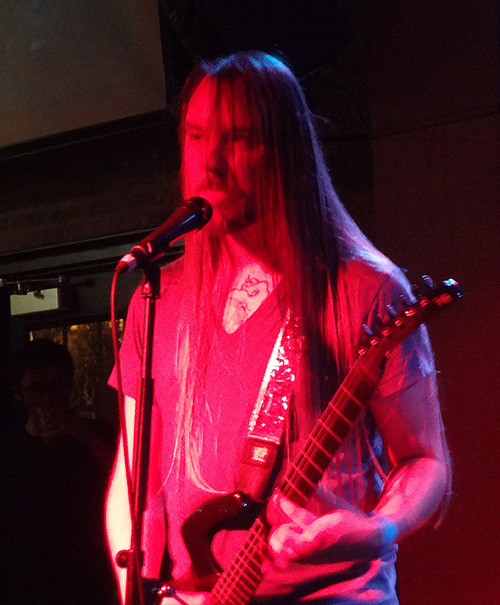 What more can a music fan ask for then the band to cap the night off with their favorite song. It’s entitled “San Andreas” and this song fucking rocks! It rocks so much not only did I review the show but they are a featured artist on Rock in Chicago podcast with an exclusive interview done by yours truly. Don’t forget to check out Set Fire To Reasons album on bandcamp http://setfiretoreason.bandcamp.com/ and LIVE at Reggies with Authority Zero and more June 21st.

Set Fire To Reason is the main featured artist for the June Rock in Chicago Show: