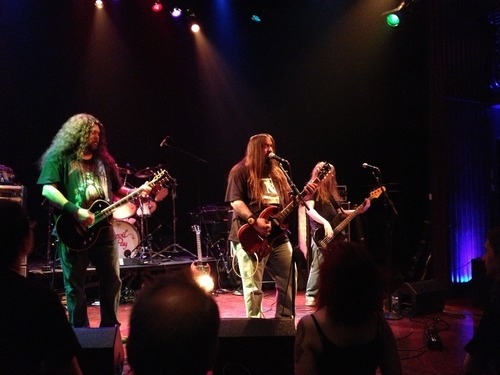 Indianapolis natives Devil to Pay opened the show with a powerful set of straightforward groove metal and stoner rock. The band was really tight musically and at times reminding me of some of Clutch’s older material mixed in with a bit of Down and Corrosion of Conformity. I only caught the last half of their set, as parking in Rogers Park is a bit of a nightmare on a Saturday night, but I hope they come back to Chicago again soon. 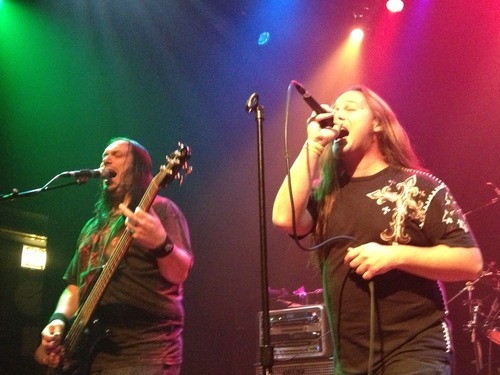 Next was Divinity Compromised, a progressive metal band that is comprised of a number of Chicago metal scene veterans. These guys delivered top-shelf musicianship and arrangements. Vocalist Lothar Keller’s impressive abilities are in league with some of the top vocalists in the progressive metal genre, very reminiscent of Jim Arch from Fates Warning or Jon Oliva from Savatage, but Keller’s abilities are also strong in the lower register at times, also capable of great grim vocals in parts. Keller’s vocals were complimented by the tight vocal harmonies throughout the band’s set provided by bassist Andy Bunk. Jeff Treadwell’s lead guitar work was tasteful and added plenty of filigree without being too bombastic. Rhythm guitarist and keyboardist Ben Johnson provided a large part of the compositional glue for the band’s material, with solid riffs and particularly great harmony keyboard work ala Dream Theater that went along with some of Treadwell’s lead lines. Mike Mousel’s drumming is also on point and tasteful, driving while providing a solid foundation. 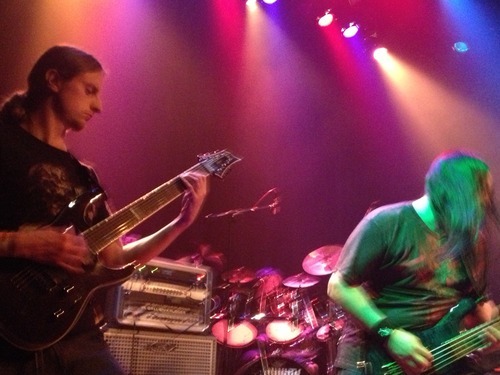 Divinity Compromised showcased material from their newest release, “A World Torn.” Highlights from their set include “Guardians of Ki”, “Termination Sequence,” a really killer rendition of Savatage’s “Hall of the Mountain King,” and their epic closing tune, “A World Torn Apart.” 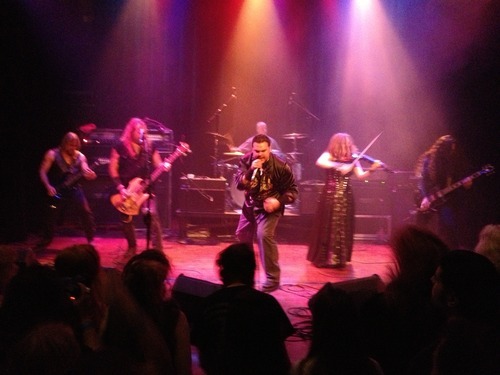 Earthen Grave celebrated the re-issue of their self titled full-length (also available on vinyl) through their new label Ripple Music. Earthen Grave is a supergroup of Chicago metal musicians featuring bassist Ron Holzner of The Skull and ex-Trouble; guitarist Tony Spillman, who’s resume includes work with Ministry and Prong; The Living Fields and Wintering guitarist Jason Muxlow, drummer Chris Wozniak from Lair of the Minotaur; and most notably classical violinist Rachel Barton Pine. The band was in top form, putting on a real show and performing classic material during their throughout their two-hour set such as the eponymous “Earthen Grave”, “Beneath a Shovel Load”, “Tilted World” and “Death.” The perfomance overall was really flawless and powerful. This is a caliber of show you expect to see at a venue of a much larger scale, and really illustrated the great quality of music that is readily available to us in here Chicago. 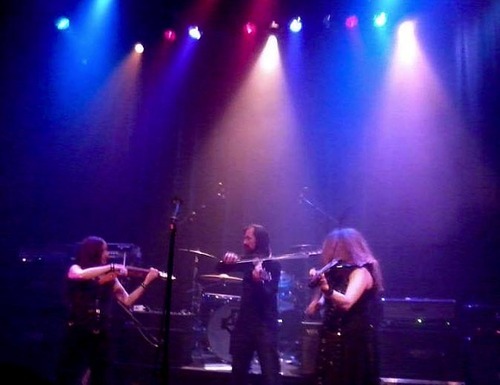 The real and literal mid-set show stopper was when Rachel Barton Pine was joined on stage by violinists Chuck Bontrager and Hannah Barton for a jaw-dropping instrumental trio version of Metallica’s “Master of Puppets.” Bontrager and Barton remained on stage for a very tasteful rendition of “Stargazer” by Rainbow, a couple of other Earthen Grave originals and then rejoining the band at the end of the show for a ripping version of Black Sabbath’s “Children of the Grave”. 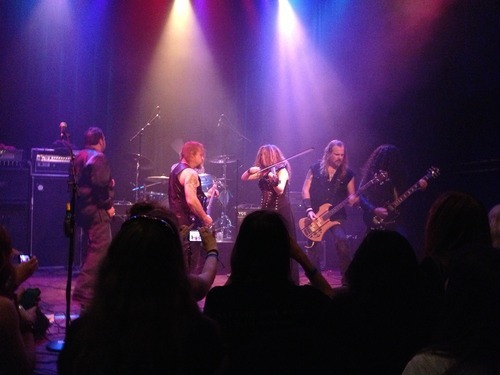