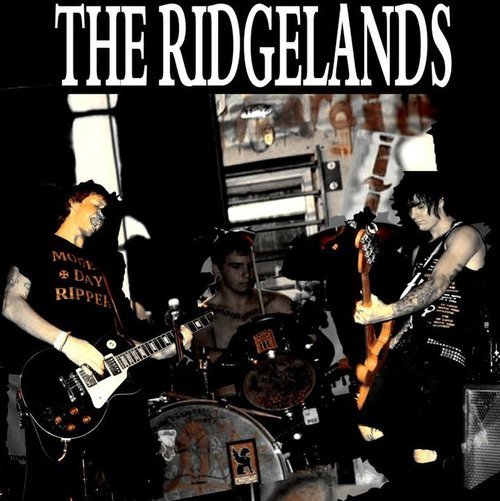 I recently had the pleasure of reviewing The Ridgelands’ (Sexy Baby Records) upcoming album, “Daggers Down”.  An ode to the influences of the late 80’s and early 90’s, it follows the melodic trend of Guttermouth, Bouncing Souls, and early Green Day with tight, high energy rock riffs under the vocal driven punk style made popular by Ben Weasel and Glenn Danzig.

The Ridgelands’ front man and guitarist Tall Doug does not disappoint, delivering his clean vocal brand of in-your-face lyrics reflecting on life, love, and the struggle of the daily grind. Ranging from sing-a-long songs like “Going Mad”, “Paralyze My Brain”, and “Bored” to chants like “Young at Heart” and “Anti-Hero”, and to the melodic heart felt poetry of “Lost boys”, “Real Girls”, & “Wanted to Say”, Tall Doug pours all of himself into the lyrics and ultimately finalizes the album with his own coming to terms in “You were the Reason”. The bassist, Mike Schultz, matches the energy with backing vocals that mix harmonizing and call-and-response, and offers comic relief when he takes the lead late in the album with “Apple Bong”.  "Daggers Down" is a range of rock and punk with a hint of honkey-tonk, with the backbone being the high energy behind it. Average Size Brett on the drums keeps the wild rock tone very precise, with coordinated accents and breaks adding flavor to the stripped down riffs. Reminiscent of early 90’s punk allowing the attitude to front the music, The Ridgelands offer both attitude and melody in this old-school inspired album.

To listen to The Ridgelands or check them out further, visit them here:

Also, do not forget to catch The Ridgelands at their “Daggers Down” release show at Cobra Lounge (235 N. Ashland, Chicago) on Saturday, January 18th! 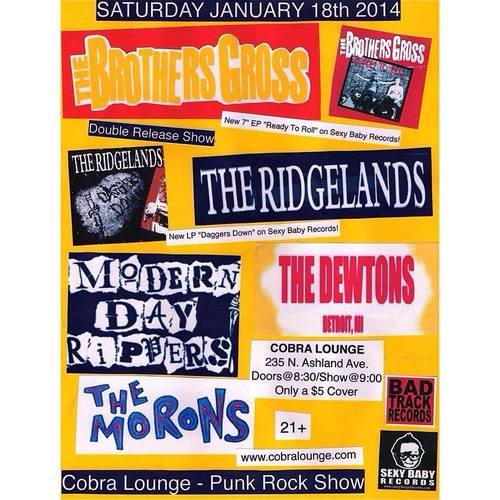 Check out the Ridgelands on the January RIC/WBP Punk Showcase