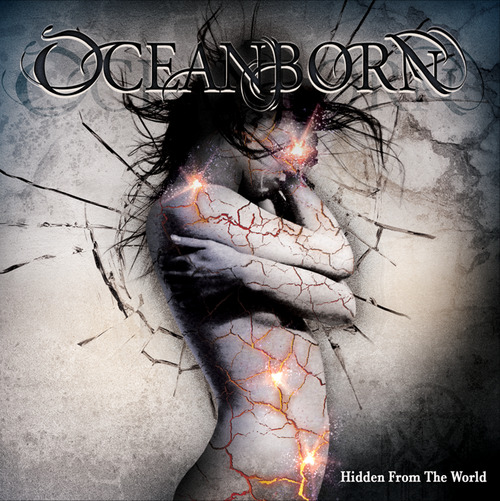 Production quality is everything. It can make a great band sound awful or a terrible band sound better than they probably should. In this instance, it made an already great band sound epic. There are many progressive metal bands trying to come up with the newest and most innovative sound, many of them failing. Oceanborn makes their attempt at their own version of progressive metal seem effortless. Eerily dark and beautiful are the words that come to mind when listening to “Hidden From the World,” Oceanborn’s latest full-length effort (released September 24th, 2013). Obviously drawing inspiration from genres other than metal such as jazz and classical, the band creates a unique musical experience that all fans of music, whether they be metal enthusiasts or not, will thoroughly enjoy.

Oceanborn did something risky that I usually don’t like on an album. The first track is a two and a half minute purely instrumental piece entitled “Silence.” Whenever I see this on an album, I almost always skip over it because I assume that it is going to be a cliché intro that is nothing but “filler.”  I’m so glad that the band took the risk and added this particular intro, however. It builds so beautifully and flows seamlessly to the following song. The band seems to be big on creating not only exceptional music, but also an atmosphere to go with your listening experience. I fell in love with the band after hearing the first introductory soundscape.  The vocals on the album really stood out to me, as well.  Many modern metal bands are trying to find the heaviest vocalist they can possibly find. I really liked that Oceanborn goes the opposite direction with their vocalist, Lance Ferrell. The emotional clean vocals add a very dynamic edge to the band. With a good portion of modern progressive metal bands being fronted by a screaming vocalist with little or no clean vocals, hearing Lance’s vocal abilities on this album came as a surprise and a very welcome change.  If you are a fan of metal, progressive rock, or even post-hardcore, do yourself a favor and pick up “Hidden From the World”!

To find out more about Oceanborn, visit them at: