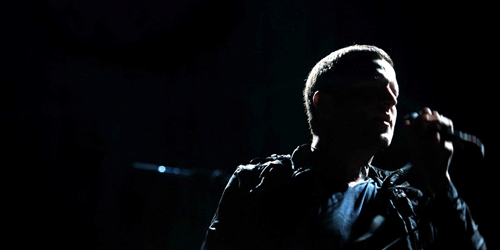 I first had the pleasure of meeting the guys from Polarizer at a show we did with them last winter at Temptations in Franklin Park. I walked through the back door into a deafening cacophony of a fire alarm, shrill and piercing and relentlessly screeching. As I frantically searched my purse for a set of earplugs, up walks this unassuming young man and hands me a set of his. “Thank You!” I screamed as best I could over the noise.

Sweet relief, there are still gentlemen in this world. The bands finished carrying in their equipment and eventually the firemen came and shut off the alarm that had been set off by a restaurant in a connecting building. There was another band slotted to play that night, an out of state band that got waylaid from getting to the show because of a winter storm that had hit their area. The lineup got a little jumbled and I remember these guys were very gracious about it. You can tell a lot about the character of a band when things like that happen. And I believe that the character of a band very often is what shapes their music. The live show was fantastic. The music was smooth, eclectic. Taylor moves and sings with electric intensity, like a man who is seeing the love of his life walk away and is powerless to bring them back. Like someone who wants to run and is being forced to walk. But don’t mistake their music as laid back. You won’t be able to keep your foot from tapping to the beat.

RIC:When did Polarizer begin?
POLARIZER: Polarizer started officially in October of 2011, the first month that all 4 members were in the same place actively writing together. Stan Tencza (keys) moved to Chicago on October 1st and we all hit the ground running. Before that, Taylor, Ian, and Ben had written the skeletons of a few tracks, but October is when really put the wheels in motion.

RIC:There is such a diversity of styles within your songs, what are your influences?
POLARIZER: Musically we come from all over the board, but that’s a good thing. Polarizer would need a ven-diagram to show all of the influences. Stan and Ben have the widest ranges. Stan likes funk, blues, jazz, and many types of rock. Ben comes from a metal background, more proggy and interesting stuff, and then still loves Paul Simon’s Graceland, and then many types of rock. Ian and Taylor probably have the most similar influences, a lot of 90’s bands and sounds, with an emphasized appreciation for weird and beautiful chord structures. Collectively, our influences intersect at rock bands of varying styles. We’re always finding new rock bands and trying to turn the other onto them. 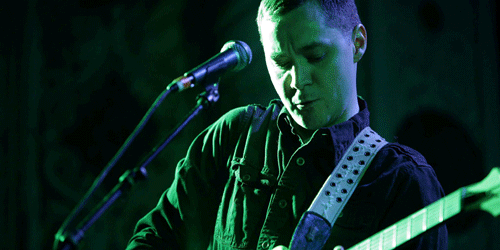 RIC:How do your songs typically come together?
POLARIZER: We all contribute to the writing process. Songs either start as a free-form jam, which we record and dissect after to extract the highlights and work with them. Sometimes, Taylor will write entire songs on just vocal melodies and will bring them to the other members to try and develop them. Every idea gets it’s day in court though.

RIC:Tell the readers about your musical backgrounds and when the urge to create and perform began.
POLARIZER: We all started pursuing the idea of music as a lifestyle at different times. Ben (drums) has been playing drums since he was 14, and has been in a whole slew of bands, sometimes a few at once, sometimes just for fun, and a few times making a real go at it. Ian (guitars, vocals) has also played in several bands, on different instruments, mostly guitar and bass. Taylor (vocals) and Stan (keyboards) got started a bit later, in their early 20’s. Taylor moved from the east coast in 2008 to play in a band with Ben in Chicago, and they have been in 2 other groups together since then. Stan moved out recently to form this project. We all knew we wanted to pursue this music about a year ago. Taylor, Ian, and Ben were all in another Chicago band that was just slowing down to a stop, so we got together and started writing our own music to see if it would go anywhere. After 3 songs were roughly written, we knew we had something and decided to pour ourselves into it. 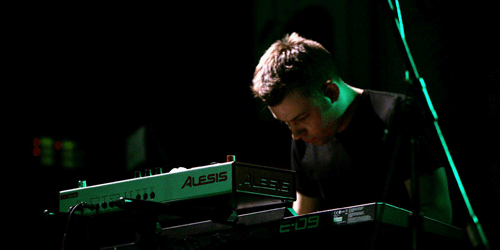 RIC:Describe your style
POLARIZER: Polarizer is a rock band, given all the parts that come together. I describe it as a modern alternative rock band, alternative meaning what it used to again. It’s not what’s most popular right now, but we like catchy, well-written songs, so there is certainly the pop-element. There are familiar sounds, in terms of the guitar tones or the vocal styles, but the total package is unique in the current rock world.

RIC:Yes, Polarizer is definitely a unique sounding band, its great you are following your heart and not conforming to the current trends. Getting the word out about bands like yours is what is at the core of what we are trying to do with Rock In Chicago. So what was your most memorable gig to date?

POLARIZER: There are probably 2. We played our first huge gig at Metro, and you always remember your first time on a stage like that. But our first live performance ever is still our favorite, where we invited a select group or friends and acquaintances to our rehearsal space for a private performance, a month after we formed. 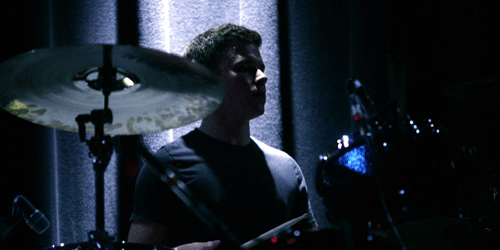 RIC:That’s awesome, a sense of intimacy with the audience is definitely something I thought came across at the show when I saw you perform. In addition to that, what can people expect from a live show?
POLARIZER: We have a great chemistry on stage. We’re all so close, and we rehearse pretty often. So from a technical standpoint, we’re pretty precise and well executed. But we change up the set in terms of feel and song-order depending on what we feel that night. In terms of performance, we squeeze whatever we can from the songs live. While our first cd will sound really good when it’s done, there is no better way to experience Polarizer than at a live show.

Polarizer is currently working on thier first full length album this summer.
You can catch them at Watson Peace Fest on August 17.